Rielly Bryant, CCEMT-P, started as a volunteer in EMS when he was in high school. He attained his first certification as a Licensed Ambulance Attendant for the small towns of Mechanic Falls and Poland. He continued on through the license levels as an EMT-Basic and then an EMT-Intermediate.

It was not long before he realized he was going to have a career in the public safety field. While continuing to work as an EMT-I, Rielly started working as a Communications Officer for both EMS and Law Enforcement. Rielly attended the Maine Criminal Justice Academy and became a full time law enforcement officer. Upon completion of the Police Academy, he continued his education in EMS and completed his Paramedic certification. After working on a ground ambulance for several years as a Paramedic, Rielly started working towards becoming a LifeFlight Paramedic. He attended the Critical Care training program at UMBC in Maryland, and a short time later he was hired with LifeFlight. Rielly continues to maintain his employment as a full time law enforcement officer as well as a flight paramedic. 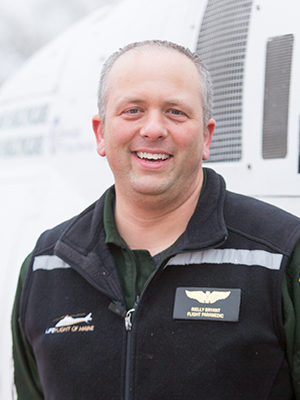