on started his flying career in the flight department of Florida Institute of Technology before transferring to Delta Connection Academy in Sanford, Florida. Upon completion of the Delta professional pilot program, he was hired as a flight instructor. Jon was the multi-engine group lead, managing four instructors and up to 25 students.

He then joined a commuter airline based in western Tennessee where he was quickly promoted to Company Instructor Pilot/Check Airman. Jon was hired by SevenBar Aviation in February 2011 as a First Officer based in Nashville, TN, and upgraded to Captain in November 2012.

He now serves as the Base Safety Manager and Instructor Pilot in Bangor for LifeFlight. Jon is married with two children. He and his wife are native to the Northeast (CT, NY respectively), and are thrilled to now call Maine home. 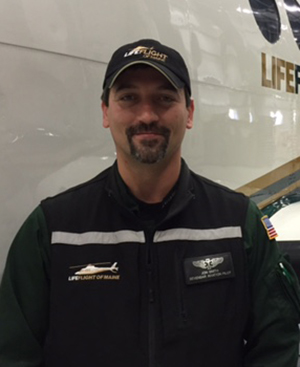