In February 2007, he was appointed to Warrant Officer and began flight training on the UH-60 Blackhawk. Additionally, he transitioned to the King Air 200 to support another Maine unit that was in need of pilots on a tour to Iraq. He is currently flying both the King Air 200 Medevac for LifeFlight of Maine and the UH-60 Medevac for the Guard out of Bangor.

Ben also flew for Island Airlines out of Hyannis for a time. He has 1000 hours in King Air models and 650 hours in rotor wing aircraft.  Currently living in Frankfort, Maine on the small farm he and his wife built, Ben enjoys the work and service this organization does for all the great communities around the state of Maine and is thankful every day to be a part of it. 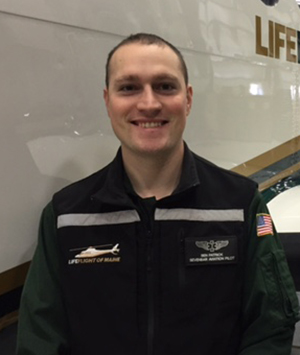