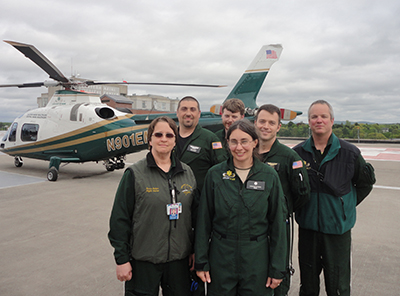 When you live on an island, you make some tradeoffs. There will be beautiful, idyllic days filled with walks along the waters edge and moments of quiet contemplation. You’ll form nearly unbreakable bonds with the community of other resourceful folks who have chosen the same lifestyle as you. In return, you’ll also endure days of hurricane force winds and claustrophobic fog. You can’t jump in the car and go to Starbucks for a quick pick me up in the afternoon. In fact, you can’t jump in your car and go hardly anywhere.

Matinicus, the most remote inhabited island on the Atlantic seaboard, is a small fishing village located about 20 miles from Rockland, straight out to sea. Eva Murray went to the island years ago to teach at the one room schoolhouse and ended up spending her life there when she married an islander. She loves the island lifestyle and accepts as normal the frequent trips by airplane back and forth to the mainland. The locals rely on the air service and see it as a tenuous lifeline.

She was on the plane headed to Rockland one summer day in 2011 when the aircraft lost power just after take off and the pilot had to make an emergency landing into the frigid ocean. The impact of the crash caused Eva to lose consciousness for a few seconds and when she woke up, she was still in the now submerged plane. The pilot, who had already escaped the aircraft through a window, returned to help Eva and together they made their way to the surface. As the rest of the plane sank to the bottom of the ocean, the survivors found a cargo pod that was still floating and clung to the wreckage.

Though Eva didn’t realize it, she was bleeding severely from bone-deep gashes on her face.

“I was more clear-headed and rational than I’ve been in my whole life,” she recalls. “I was in robot mode.”

When it began experiencing problems, the plane’s internal emergency system had sent out a signal, which was picked up by officials on the mainland. Almost immediately a second plane was sent to look for the first one. Once the survivors were spotted, the search and rescue pilot radioed for help. Local fishermen on Matinicus jumped into action, heading to the crash site via boat.

“Although I had been very alert while in the water, as soon as I climbed onto the lobster boat, exhaustion took over,” explains Eva. “The rest of the rescue was a blur. Back to Matinicus, into a freight basket, into a pickup truck, back onto a second airplane, at Owls Head airport, into an ambulance, at Pen Bay Medical Center, into a LifeFlight helicopter and finally at Maine Med.”

Nearly an hour after the plane went down, Eva and the rest of the survivors were back on a plane, headed to Penobscot Bay Medical Center in Rockport. By this time, both of LifeFlight’s helicopters had already been activated and were headed to the midcoast.

Fearing a major head injury, the emergency department staff and flight crew decided to put Eva on the first LifeFlight helicopter and transport her to Maine Medical Center in Portland. Specialists there treated her injuries, including 50 stitches in her face and scalp, and after several days she was sent home to complete her recovery.
When Eva recalls her experience, she likes to say that one thing went wrong, but then about 200 things went right. From the emergency signals sent from the plane, to the rescue mission, to the entire Matinicus community lending a hand, to the coordinated transports to the airport, Pen Bay Medical Center and finally Portland, the emergency medical system worked just the way it was supposed to that day.

Eva’s life has returned to normal and she continues to embrace her island lifestyle. She’s now an active student pilot, helping to overcome residual anxiety she had about flying, and slowly working her way toward a private pilot license.  Through it all, she never lost confidence in the local air service.

“Unfortunate things happen, but not from any lack of experience or professionalism on their part. They’re people who have been flying for many decades. We trust them deeply.”