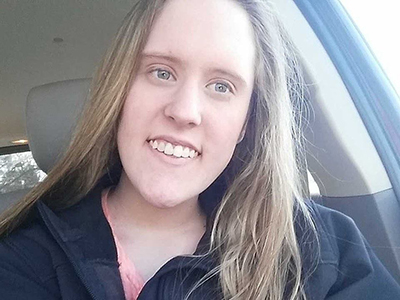 When LifeFlight was founded in 1998, Maine needed two helicopters to get critically ill and injured patients to the care they needed. Over the years, the number of patients that need LifeFlight has steadily grown and, in 2015, the organization added a fixed wing airplane to its fleet. The plane can fly in some weather conditions the

helicopters can’t, and is much more efficient over the extremely long distances some patients need to travel.

Patients like Mars Hill teenager Allisa Hatt. On Thanksgiving in 2015, after being diagnosed with pneumonia a few days earlier, Allisa collapsed at home. She drifted in and out of consciousness until the ambulance arrived, but as soon as she got to the emergency department at The Aroostook Medical Center (TAMC), her heart stopped more than a half dozen times.

The emergency staff realized Allisa needed specialized care at Eastern Maine Medical Center in Bangor, so they called for LifeFlight. The helicopter took Allisa down to EMMC where doctors quickly took her into surgery after an x-ray revealed several blood clots. Allisa seemed to recover well and returned home after nearly two weeks in the hospital.

But a few days later, she went into cardiac arrest on the bathroom floor. Her dad started CPR, called 911 and eventually Allisa ended up back at EMMC. In spite of the doctors’ best efforts, Allisa remained unstable and undiagnosed. Her physicians knew the best place for her was 250 miles away with specialists in Boston, so LifeFlight’s airplane was called to take Allisa to Children’s Hospital.

There a team of specialists spent the next two weeks performing a battery of tests. In the end, Allisa was sent home with medication and instructions on how to manage her condition, but without a definitive diagnosis.

Throughout the ordeal, the wisecracking teenager maintained her wry sense of humor. She liked to refer to EMMC pediatrician Dr. Jonathan Wood as “bow tie guy,” and often chose potentially embarrassing times to have deep conversations with her favorite nurses. Her father likes to recall one day when he arrived to visit and Allisa was using the commode. “C’mon in, dad!” he remembers Allisa call cheerily. “Take a picture and send it to mom. It can be our Christmas card!”

Aside from the jokes and good humor, Allisa has had to make some adjustments. She’s been advised not to take part in contact sports, so she looks for other ways to stay involved at school. Perhaps her favorite thing to do is drive, and after recently passing her test on the first try, she looks for any excuse to take the family car out for a spin.