Dave White, CCEMT-P, was born and raised in Carthage. He entered the EMS field by accident, as he enrolled in his first EMT class because his friends were signed up, but it proved to be the beginning of a long and fulfilling career.

Dave earned his paramedicine degree from what was then Kennebec Valley Vocational Technical Institute (now known as Kennebec Valley Community College) and joined United Ambulance Service in Lewiston, where he served as the operations manager, while also working for LifeFlight.

After working on LifeFlight’s CAMTS accreditation project, which has accredited both ground and air critical care transport, David took on the challenge of gaining national accreditation for United, which has become the first nationally accredited ground ambulance in the state.

When he’s not delivering emergency medical care, either by air or by ground, Dave, who resides in Dixfield, spends most of his time hanging out with his kids. 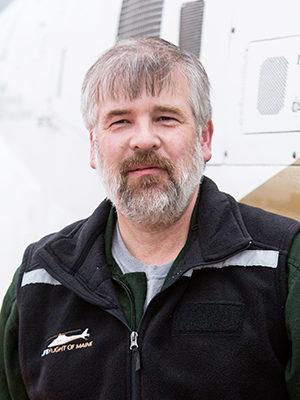